*The new single – scroll to the bottom of the page for the video for It Was You.

26 February 2016: One of my favourite bands, Dirt Royal, performed the opening set for Forte on their single “Goosebumps” launch event. Dirt Royal, were on point again as they played a short opening set. I always enjoy meeting up with these guys. They always seem to have so much fun and invite the audience in to do the same. Quality songs and quality musicianship will always win. So glad to see they are supporting Sham 69 later in the year – well deserved.

These guys work hard, always playing and now writing new material. We were treated to a new song “Hunter” – excellent!

I was really excited to be back in front of Brighton’s own Dirt Royal. I had last seen them at A Night of Treason with The Lost Boys and Skinny Milk. The band is an incredible mix of abilities and talent and there are just three of them. Dirt Royal always deliver a powerful show. A combination of humour, great songs and brilliant musicians does it for me every time, and the audience at The Pelirocco Hotel agreed! Girl in the shop is a great track and Leon absolutely nailed his guitar break – perfect.

A poignant moment from Leon as he remembered his Dad just before performing Factory Fodder. A lack of space would have hindered many bands – not Dirt Royal – Charlie still manages his leaps and Factory Fodder gives him the perfect opportunity.

A small venue, that didn’t matter as Dirt Royal worked their socks off to give the audience a show.

Nicely done Dirt Royal, you kicked down the walls and seemed to have a ball! We did! If you see the band advertised as playing somewhere – go see them. They are a musical force to witness, they have a great album, but live they are something else and they come from Brighton! 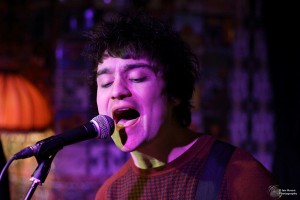 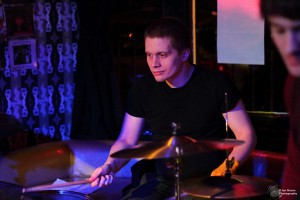 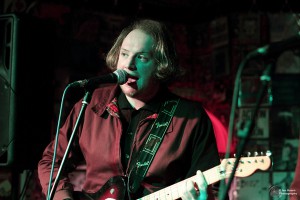 Dirt Royals new video – It was you. (IT WAS YOU is the B side of the single Dr Weekend. Shot on location in Brighton By Jack James Ford Directed and Produced By Jim Ford for Hotel Paranoia and Excelsior films.)

It’s a great track – Loz opening up with a drum roll, Guitars and Vocals from Charlie, Leon and Loz. Some great lyrics and a chance for Charlie to pull off some of his trademark moves. I like this – it is not over produced, it is stripped back just as Dirt Royal sound live. Its one of the catchiest new releases for me this year, and was originally hidden away on the B side of the vinyl release of Dr Weekend. Now it gets a release in its own right and deserves to go down as a classic punk/rock n roll track. Dirt Royal are still a “young band” and their music continues to show maturity and class.

This record deserves airplay and it would be good to hear it on the radio. Dirt Royal work hard, play hard and deserve that wider audience.

Its no secret – I think Dirt Royal are one those deserving bands in need of a break and reach out to a wider audience. Their catalogue of tracks and their dedication deserve it. Hopefully the Sham 69 gig later in the year will give them a nudge out there. If you get the chance to see them – go!

The Venue: The Pelirocco Hotel, Brighton
I loved this this venue it created a great atmosphere. A fairly intimate venue so you can get up as close as you want, space allowing. The sound was actually pretty good. The lighting wasn’t bad!  The light on the bands was pretty good, breaking away from the horrible pink/blue settings seen in other venues. Friendly bar staff and a good pint and selection of bottled beers.