Bruce Foxton: From The Jam

It has been many a year since I last saw The Jam, in fact I was on their road crew in Edinburgh when they played a small venue called Clouds in July back in 1977! All Around The World was the single out at that time. Told you it was a while ago! Needless to say then that I’d been waiting a long time for this gig!

I was lucky to be at both nights at Concorde 2 in Brighton. The promoters had picked two top local bands as support for each night. Night one – guests were Dirt Royal and the second night saw Idle Talk as opening guests. (Click on an image to view full size). 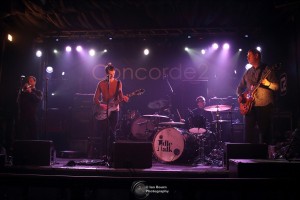 The Jam and From The Jam

What sets From The Jam apart from almost all of the other tribute bands doing the rounds at the moment is an original member amongst the line up. Bruce Foxton was, and always will be in my opinion the only true bass player with original punk/new wave trio The Jam, from their formation in the mid-70s, when I first saw them up until their farewell tour in late 1982. 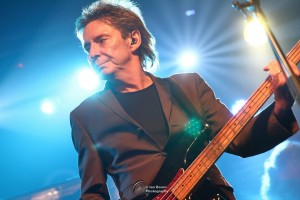 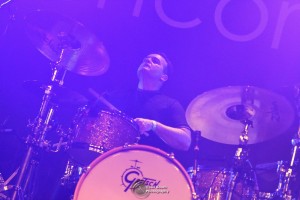 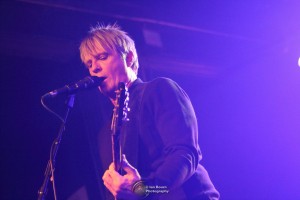 The songs from The Jam.

The first sold out night was an array of older and newer material. Without stopping or indeed pausing for breath, From The Jam ploughed straight ahead with a good selection of Jam standards. Some of the songs were repeated on the second night but included Modern World to kick the night off, and Strange Town. Some 16 songs were fired at us. A stunning sound from the stage and Bruce still pulling of those gravity defying jumps into the air! The guys were loud, fast and damned tight. Russell Hastings giving a great vocal work out to the old and new material, with Bruce Foxton taking over the occasional vocal duty and contributing to some of the audience directed chat. Thats Entertainment and Start came at us and the floor of the Concorde 2 absolutley bounced with the mass of people in the audience dancing and getting into the performance as it unfolded. The place erupted when the opener chords and bass riff started up heralding Town Called Malice. I have never felt that venue literally bounce before! A brilliant night and set which ended with In The City and Eton Rifles. From The Jam: Bruce Foxton

First off, it seemed to me the crowd were more up for it on the second sold out night. I am pretty sure the audience “bounced” Concorde 2 a few inches nearer the sea during Start! It was hot and steamy and I had a heck of a job seeing through the camera lens due to the steam heat being generated by the crowd throughout the set From The Jam.

The set list for the second night was slightly different, but did include all the crowd pleasers! The initial set finished and after a lengthy crowd chant for more the band came back on stage. Bruce Foxton smiling from ear to ear as he gave us all a wave. The encore ended with the same two songs from the night before and that was it. Another face melting good set from these guys. It was great to see those songs being performed with the energy and power of the originals with Mr Hastings nailing those vocal duties with a true Jam sound. Interestingly Paul Weller was just down the road the same night, but he didn’t pop in! 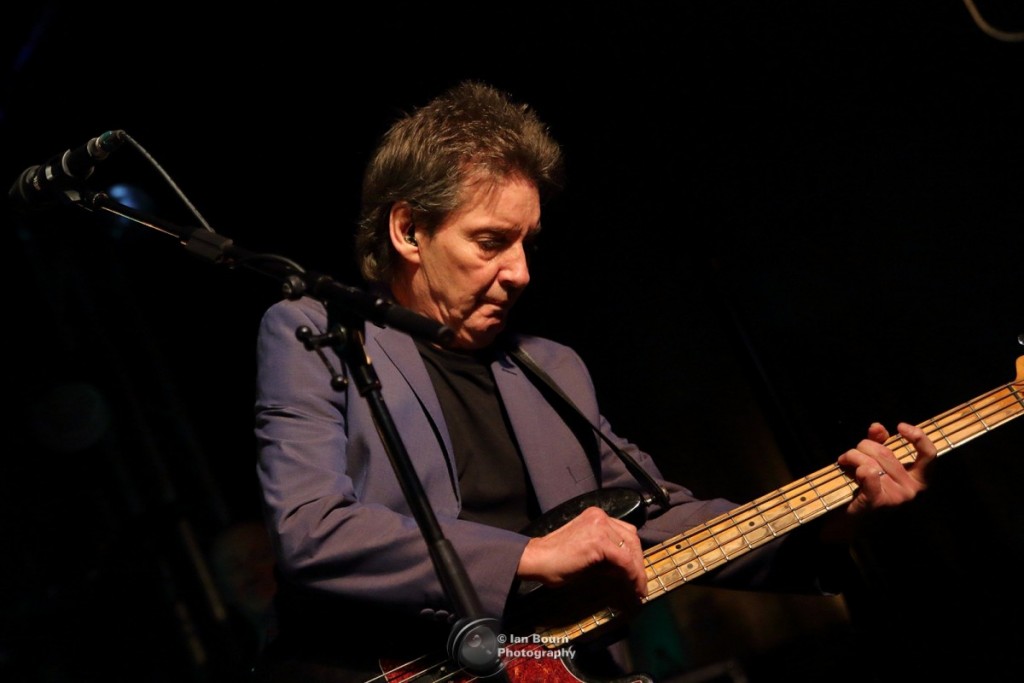 From The Jam: Bruce Foxton 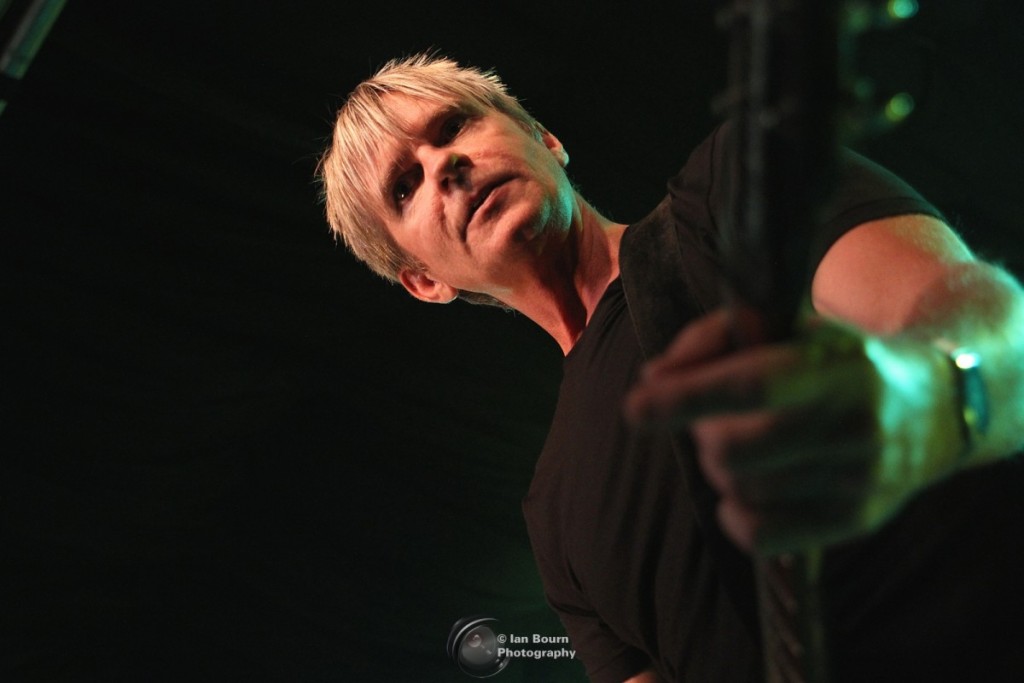 From The Jam: Russell Hastings 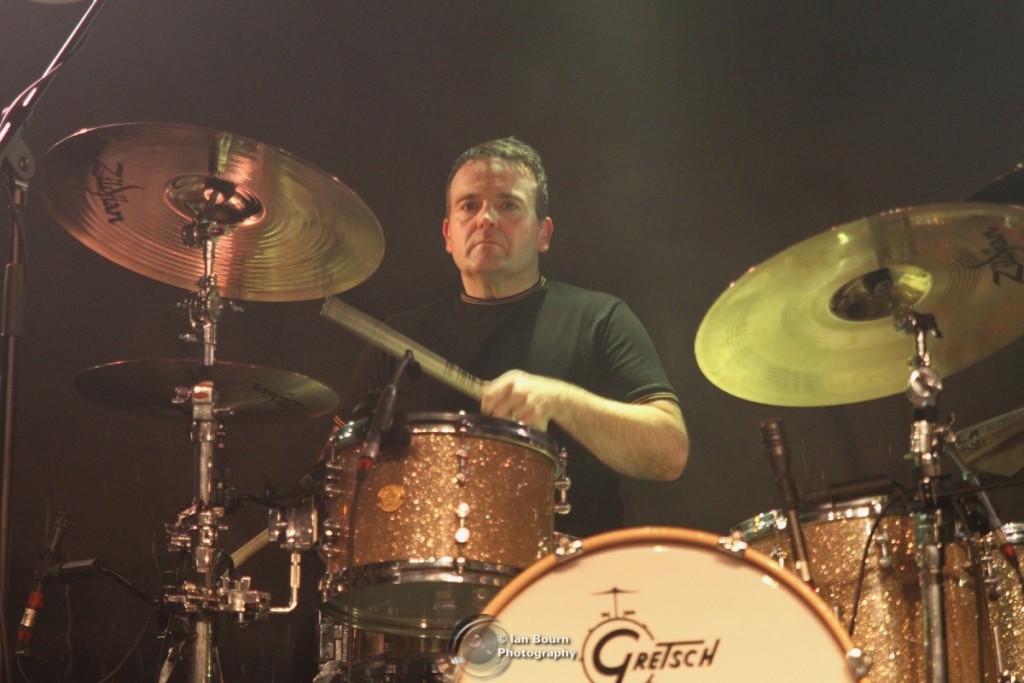 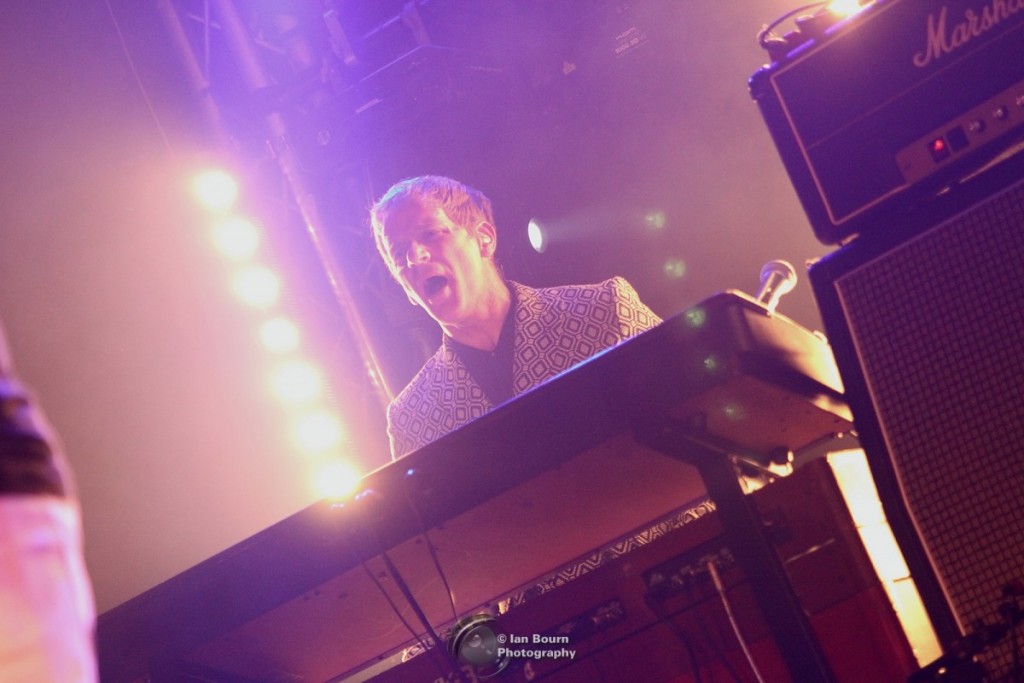 Still to this day I feel that the music that The Jam created for us has a major impact and influence on some of the latest generation of bands that are starting up or building their own careers in the music business, and this was portrayed by the two local bands, Dirt Royal and Idle Talk, who opened up on both nights.

I reckoned that if I had closed my eyes during the earlier material I could imagine I was listening to the original line up from those early years – there – I have said it! That may upset purists but From The Jam nailed two 90 minute shows, thrilled a couple of thousand people and re-ignited my love for The Jam music. I don’t think I would be alone in saying that Russell is not a stand in or replacement for Mr Weller, but if anyone can sound like that and give a similar jaw dropping performance to some of those original records Russell is the man to do it! Bruce Foxton just didn’t stop, he kept on working alongside the drums and percussion to give the full on Jam, and From The Jam, experience. He changed guitars, sang his heart out and gave us a few of his legendary jumps. STOP PRESS: New tour dates From The Jam include The Brighton Centre in Dec 2017! Go grab those tickets for a great night of rock and roll!

Huge thanks to Concorde 2 – great venue and great team!

And a stunning merch desk manned by Steve and Kay.

All photos/words are copyright to IANB/MEDIA WORKS and Scene Sussex. If any of the artists or venues require any of these photos, or more if available, please do get in touch.