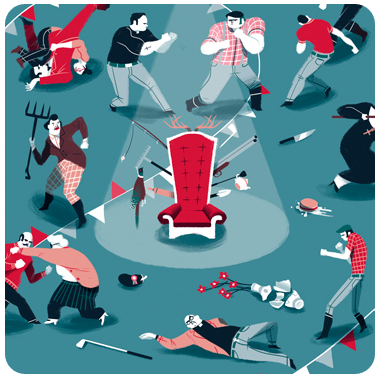 On a Sunday afternoon in June I headed to The Warren, a ‘festival within a festival’ as part of Brighton Fringe to witness a satirical piece of theatre production from the Tobacco Tea Theatre Company.

The flyer claimed “Hot Fuzz meets Game of Thrones” and I have to say that’s a pretty accurate description of this performance piece. Alongside the collection of GoT references, there were plenty of political snipes (ISIS & David Cameron) that had the crowd chuckling along.

The show was well paced, with a few action set pieces along the way. The star of the show would have to be the manic vicar, who played a part that was a cross between Ramsay Bolton and Cersei Lannister; part maniac, part twisted manipulator.

Like all satire, if you haven’t seen the reference material you are unlikely to understand the jokes (alas was the case with the person I visited the show with), and the humour outside of this was a little thin on the ground, but well executed when present.

All in all the show was a clever take on small village politics (if you’ve seen Hot Fuzz you’ll know what I mean here), with splashes of dark humour that kept the crowd chuckling along, even if there were no truly raucous moments of hilarity.