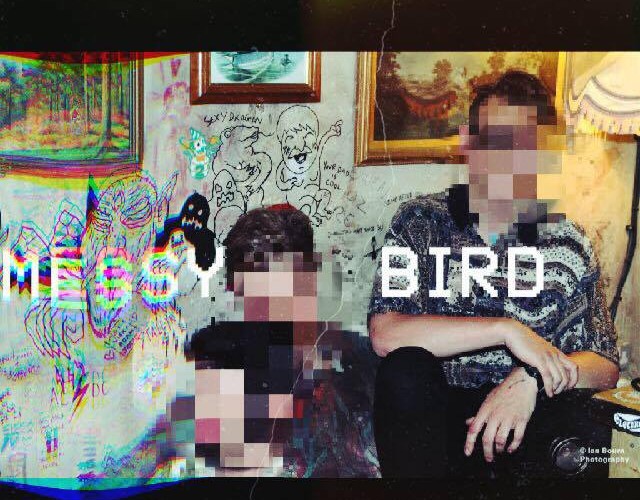 Messy Bird: Live at The Hope and Ruin, Brighton.

A new band erupts on Brighton.

These guys had drawn quite a crowd considering this was only their second ever gig. It was warm in the venue. Their influences are wide and varied – QOTSA, Them Crooked Vultures, Mother’s Cake, The Dead Weather, Red Hot Chilli Peppers, Uncle Acid and The Deadbeats, Biffy Clyro, All Them Witches, Led Zeppelin, My Morning Jacket, The Raconteurs, Benny Greb, Snarky Puppy, Temples, Turbowolf, Vulfpeck. They label their musical genre  as Genre: Psychedelic Stoner Rock. Over to the band to fill you in on their history…

The band explained:
“We formed in summer 2016. The lyrics where the hardest part for us when we approached songwriting, so we came up with a way that just felt right. “ “We actually wrote to each other nonsense poems that we would send to one another every fortnight for several months. We all met at Bath spa uni studying Contemporary Circus Technology.“ “We are considering recording an EP in a old movie theatre live in front of a live audience and filmed, if possible, by giving everyone a Camera and then exclusively releasing it on 8″ Floppy Disk for everyone to enjoy.“

The guys played an absolutely  blinding thirty minute set. For only their second gig, from the first chords hit by Christian and Dan I knew I was in for something special. The TV monitor fizzled at the back of the stage and Jon powered in with everything he had for the opening track “Invite him in“.

Messy Bird play well together, and nothing is wasted. Every note and drum fill was perfectly placed joining together to create one of the best Psych Rock live sets I have heard in a long time. Something had to boil over! It did, the second track “Steal my go” piled into us. Sadly the sound mix seemed to slip and we lost some of the vocals at a decent volume. I was close enough to hear these guys deliver, but those further back from the stage may have missed out.

The next track “She don’t want to be” seemed to focus on maintaining a lived-in vintage feel of a 20 year old track from a vinyl lp. Stunning. The guitar work and stage presence of Dan and Christian was stunning to watch. Their moves and their sounds snared you and rooted you to the spot. They quote some great bands as their influence, but I picked up another – Hawkwind. The last song of the night was introduced “What this guy deals“. Another song that caught the crowd and took us on a musical ride, power guitars, chords, solos, fuzz and the man at the back, Jon, keeping everything tight and on point. Then that was it. The crowd didnt want it to finish and neither did I. The crowd gave the guys a rousing 2 minutes of applause – I think we were all hoping for “just one more”. Sadly it didn’t come. The schedule for the night was pretty tight and as always at these events they can run late.

Chatting with Dan afterwards he said the band hoped to be recording some material soon and they are busy writing more songs. They are looking for more gigs in Brighton, and after seeing that performance I hope its not long before I see them play again. I will be there, no camera this time!, and I will stand back to watch, listen and enjoy this fabulous new band. They are a young band, but don’t let that fool you. These guys, Messy Bird, are true musical craftsmen with pure talent and passion.

Great job guys, and I think you got yourself some new fans!