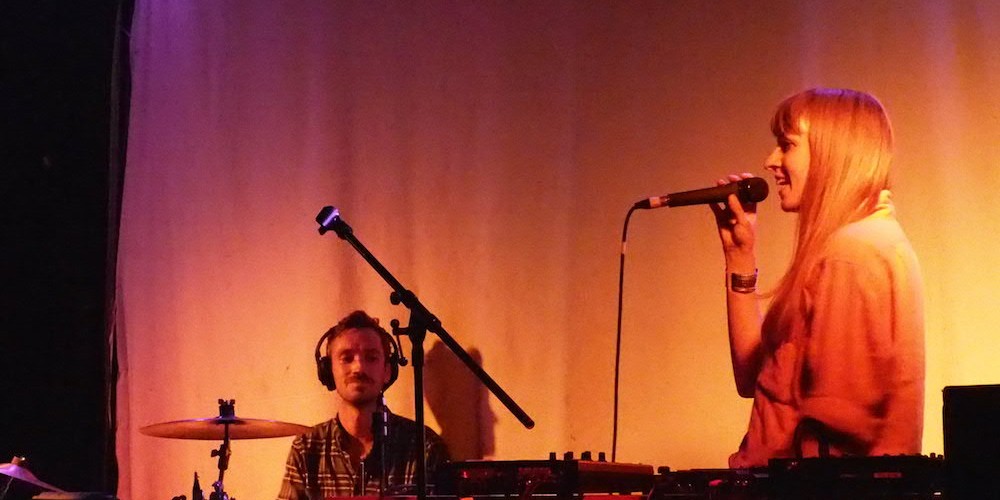 What better way to get a send off for summer than with the sunny sounds of Frankie Knight? I headed down to the Green Door Store on the last Tuesday in August, where Frankie was hosting an evening to promote her White Lies EP, as well as showcase some all new material for the crowd. Lu’Ami performed a beautiful set to open the evening

Initially the show was meant to open with Temples of Youth, who sadly had to pull out last minute, never fear though as Lu’Ami was more than enough of a warm up to get us feeling the summer vibes. I first bumped into Lu’Ami during a feature a few months back where we both featured on an episode of B:Music TV’s Noise Reel show, and it was great to finally catch her live.

When it comes to her sound think blissful layered electronica. If you like Empire of the Sun then you’ll really appreciate her sound, which is soul soothing stuff and perfect for sticking on when hosting your last BBQ of the summer or taking a sunset stroll along the seafront. This is the kind of thing I tend to put on after a particularly heavy night drinking, a voice to carry you off to delightful dreams and magical memories. The tropical sounds of Frankie Knight were perfect on a warm summers evening.

When Frankie Knight came on stage I was a little excited. The press release had promised “a blend of tropical trip-hop, psychedelic pop and blissed out electronica” and I have to say I was not disappointed. I went into this without getting a chance to check out her music, so was cautiously optimistic when the press release landed in my inbox on Tuesday morning.

White Lies is an EP that I would liken to exploring a beautiful desert island with your lover. It’s romantic, it’s relaxing, and above all it’s more than a little bit tropical. You’re going to have to grab your coconut cocktails when you give Frankie Knight a listen because nothing else will do the sound justice.