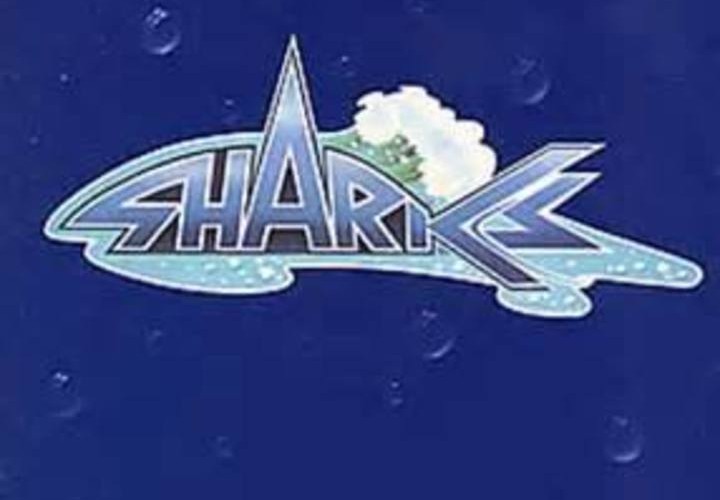 A night with Rock Royalty was promised with The Sharks.
But first….
A great little venue tucked away in Lewes was the setting for what promised to be a great night out, and some top music – LIVE! Kudos to the fabulous Idle Talk who were main support of the night. Idle Talk are a four piece band from Brighton playing dynamic, original songs. Within their first few months together, the band were invited to support iconic mod legends From the Jam (Sound Affects 35th Anniversary Tour) and Secret Affair (My World Tour 2015) which saw them playing to a sold-out home crowd at Brighton’s Concorde 2 across both dates. With the band having now signed to Detour records, their debut release for the label is a 4-track EP called “Reaction”.  My advice – just go check them out if you are lucky to have them playing near you.

Legendary 70’s band Sharks are back!

The Sharks were on next. What can you say with such a great line up! And a new album launch.
Who are they? Chris Spedding is a founder member of Sharks. As an acknowledged master of the guitar he has played with a diverse array of talent through the years including: Tom Waits, The Wombles, Bryan Ferry, The Ventures, Paulo Nutini, John Cale, Katie Melua, Paul McCartney, Robert Gordon, Jack Bruce and Elton John. Steve “snips” Parsons is a founder member of Sharks. When the band folded he then spent 3 years touring and recording with drum legend Ginger Baker. Parsons released two solo albums in the late seventies then retired from performance in 1982. He spent the next 25 years working in the worlds of television and film. Paul Cook was a founder member of the Sex Pistols. Over the years he has maintained a close musical relationship with fellow Pistol Steve Jones in outfits such as the Professionals and, along with Phil Lynott and Chris Spedding, The Greedy Bastards. He has played drums for the late Johnny Thunders, Viv Goddard and the Subway Sect, Chiefs of Relief and Edwyn Collins. He also discovered the best-selling girl group Bananarama and produced their first album. Nick Judd joined Sharks on keyboards following the departure of Andy Fraser. After Sharks he joined the Andy Fraser band which released one album. He has been a teacher of music for many years but has found time to pursue solo projects and play live with artists such as Frankie Miller, Brian Eno and, more recently, Lee Thompson of Madness. Tosh Ogawa is a bass player with a distinctive look and sound. He was a founder member of the science fiction influenced heavy metal band Slaves to Gravity. They released 2 albums on the SPV label. In 2012 he replaced Glenn Matlock in the King Mob beat group. He has continued to perform and record with Parsons and Spedding ever since.

The crowd moved up, Steve “Snips” did an acoustic track for us and was then joined on stage by the band.

The set from the night included some of the bands old material and brand new songs from the new album “Killers Of The Deep”. The set included – Ball Park Junkies – YA YA Pop – Perfect Days – Cocaine Blues – Snakes and Swallowtales – Music Breakout – One Last Thrill and concluded with a well deserved “encore” with Jimmy Bell. Steve owned the stage and prowled the area giving us a heck of a performance. He quickly lost the jacket and put on his Ray Bans! Steves vocals were top notch – from blistering rock and roll down to a melancholic delivery. He is a great performer and entertained us with his banter with the band and chatting with the audience between songs. Steve picked up his guitar for a couple of songs and what he did was masterfully delivered. It was just great to see Chris Spedding, and to grab a few words with him after the set. Chris ALWAYS plays all the riffs and licks that you could ever wish for. I am sure he made up a new chord, will have to check the other video. He gives you what a true rock lead guitarist should deliver – no restraints, no drifting, just pure Spedding magic. The applause he got from the crowd during one of his breaks and solo were totally deserved. He makes that guitar sing, howl, buzz and with what appears to be no effort! A cracking night of guitar.

And at the back in the shadows, was a certain drummer called Paul Cook. Absolutely incredible he looks and sounds as great as he did back in the day! From the Sex Pistols, with a few musical interludes with others, Mr Cook looked in charge! His drumming is just breathtaking and also delivering some fine backing vocals. How could so many legends be on one stage at one time delivering such a set? His patterns and support were absolutely faultless, it was a real joy for me to see him play live, and just feet away. Great to get a chat after the gig, a scarf round his neck and a brandy in hand. On keyboards and backing vocals was the wonderful Nick Judd. Tucked away to the side of the stage Nick controlled the swirls and harmonics from his huge keyboard. He delivered some truly fine playing, and thanks to a great sound mixing engineer none of his music was “lost”. Great to see him playing live and doing what he does with such style and skill.

On bass guitar Tosh gave us everything! His monster of a bass guitar slung around his neck, barely inches off the floor, provided some good old intestine rattling bass. This was great to watch and listen to. Tosh and Paul were working in perfect unison for this set to deliver a true quality percussion and bass lesson.

Thank you Sharks Band – you gave us a great night of music, old and new. These guys prove that if you have “got it” well you just do. Their skills on vocals and instruments were astonishing. 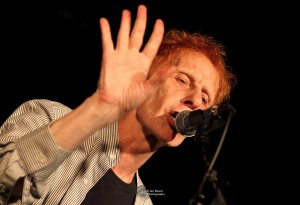 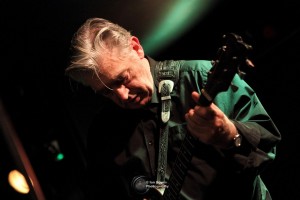 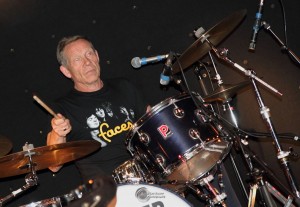 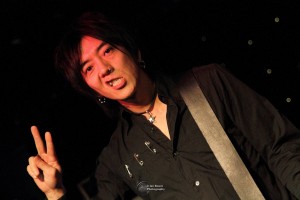 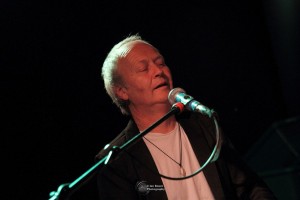 No sign of the now infamous Shark Car parked up outside however! And go grab a copy of the album when it becomes widely available.
Sharks Band are on Facebook
Sharks Band on the web
Thanks to: Lewes Con Club, 139 High St, Lewes. A smashing venue, great sounds, great bar staff and a good choice of beers!

Please note all images are copyright, please do not copy. If any of the featured artists would like copies of the images – or more if available – please get in touch.
All pictures – copyright to IANB/MEDIA WORKS/ Ian “The Lens” Bourn 2016.