Freak Power was a band founded by bassist Norman Cook (later to become known as Fatboy Slim), Ashley Slater (the trombonist with the anarchic British jazz big band Loose Tubes), and vocalist Jesse Graham, also known as “the Bass Cadet.” Their music was a mix of acid jazz with funk and soul, along with trip hop.

A cold, wet Saturday afternoon was set for a rare performance of Freak Power. It was the opening of the Big Screen in Brighton. 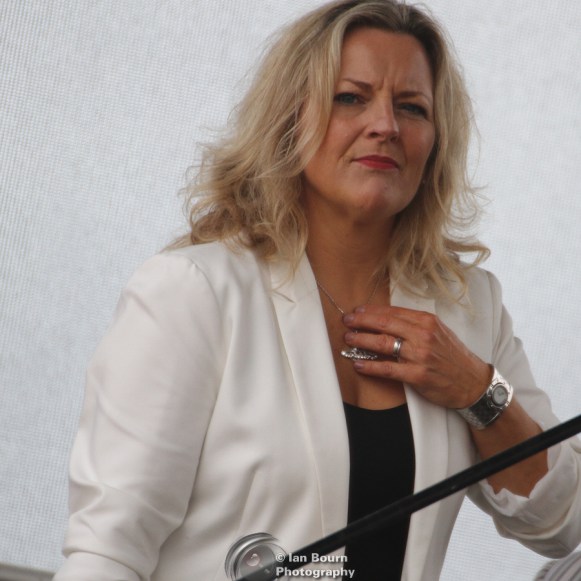 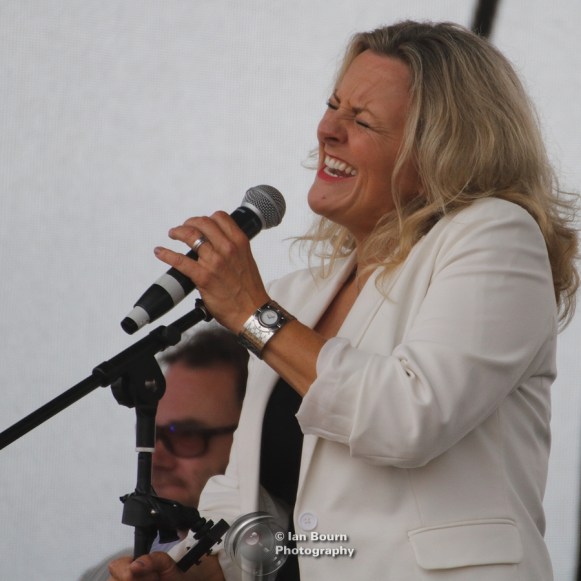 I got to the event in plenty of time and was lucky to catch a few songs from the stunning Claire Martin. Claire has performed all over the world with her trio and, until his death in 2012, worked extensively with the celebrated composer and pianist Sir Richard Rodney Bennett in an intimate cabaret duo setting both in England and in America where they played to sell out crowds at venues including the prestigious Algonquin Hotel in New York City.  Claire is also a featured soloist with the Halle Orchestra, the Royal Liverpool Philharmonic Orchestra, the RTE Concert Orchestra, the Royal Northern Sinfonia, the BBC Big Band and the BBC Concert Orchestra.  Claire co-presented BBC Radio 3’s flag ship jazz program ‘Jazz Line Up’ for seventeen years and during that time interviewed many of her musical heroes such as Pat Metheny and the late Michael Brecker.  Her 2009 CD A Modern Art prompted Jazz Times USA to claim:  “She ranks among the four or five finest female jazz vocalists on the planet”. 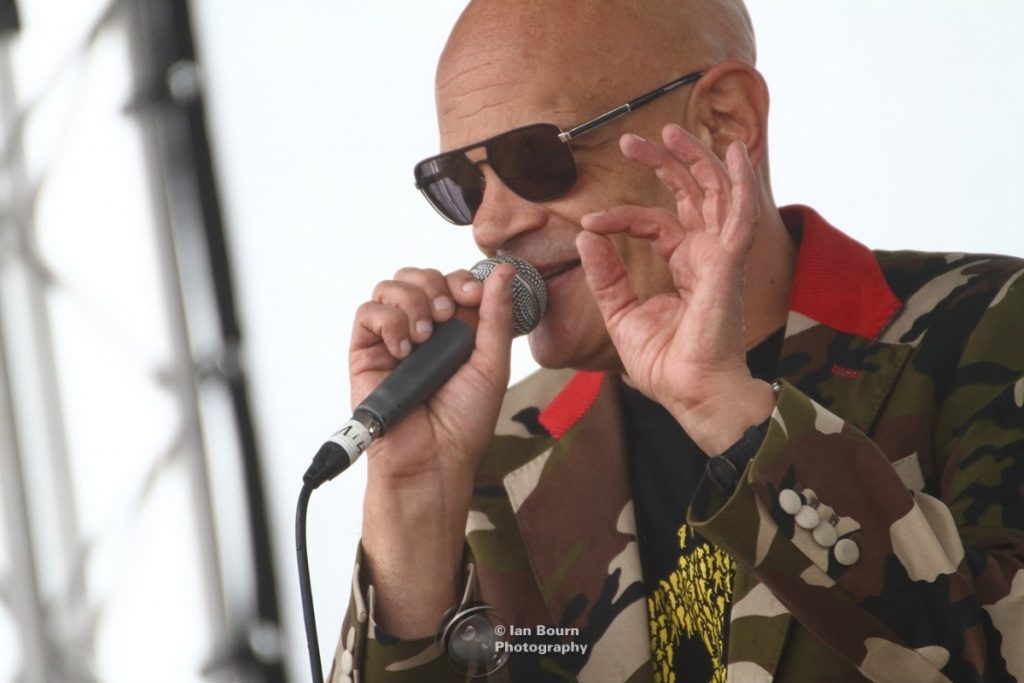 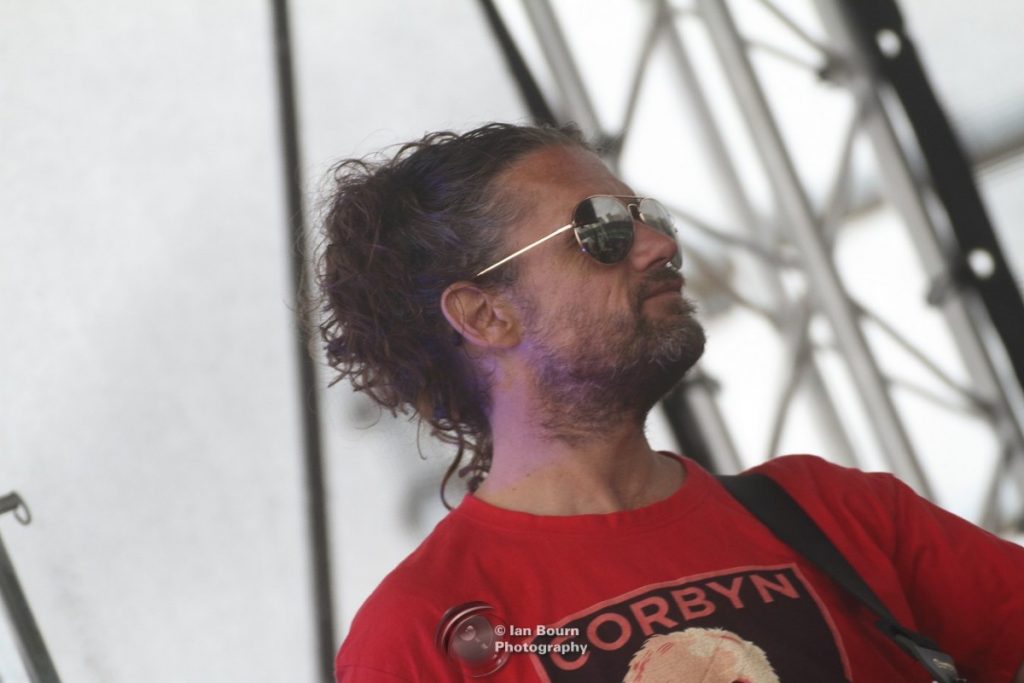 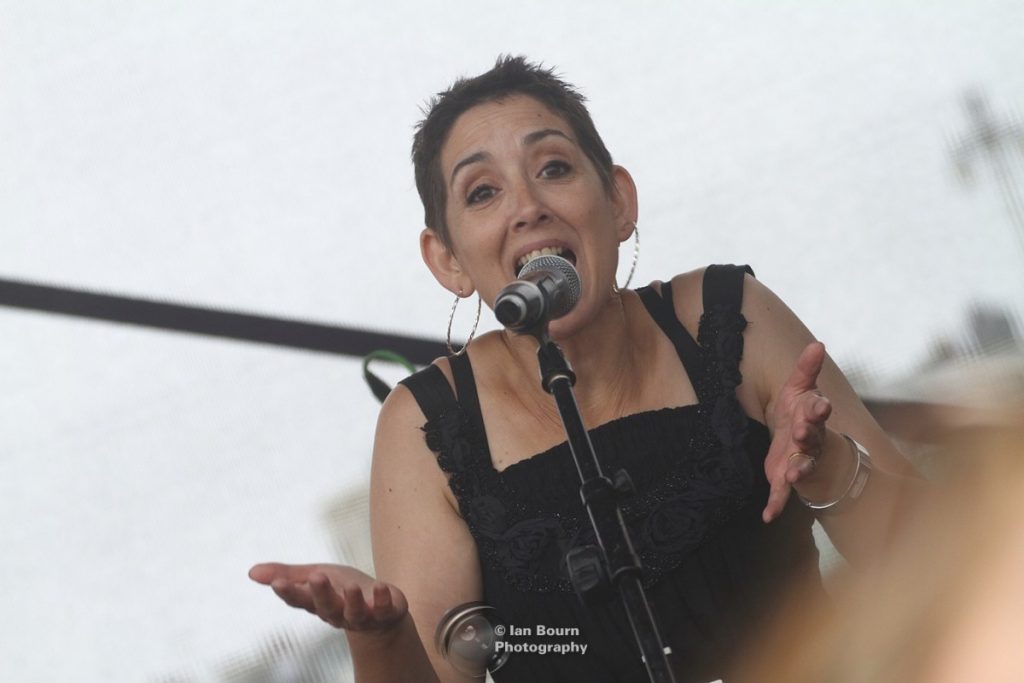 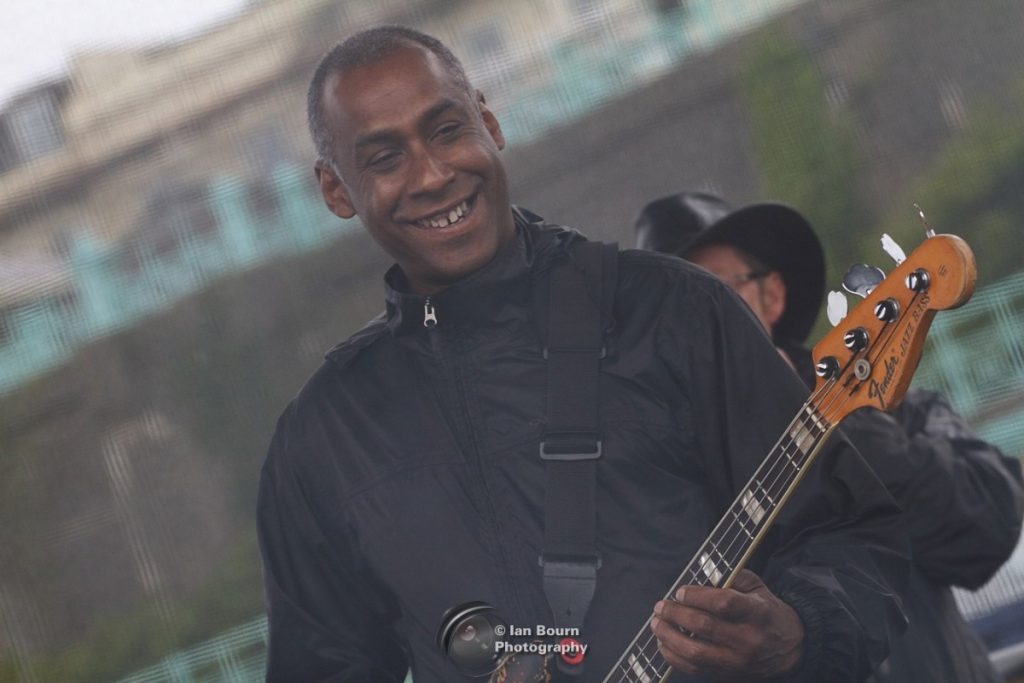 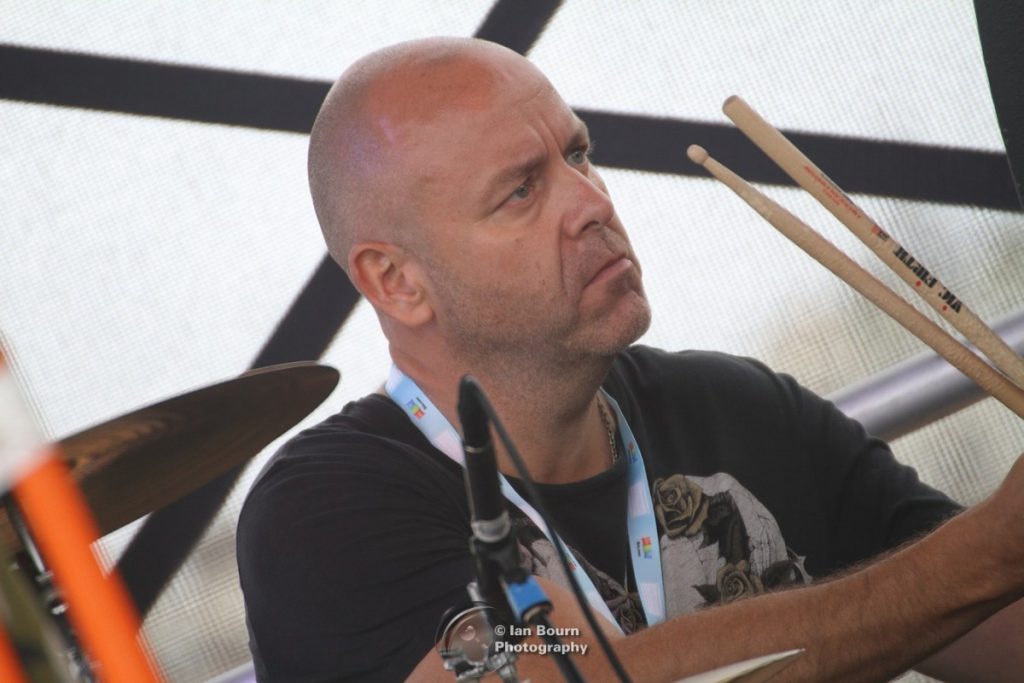 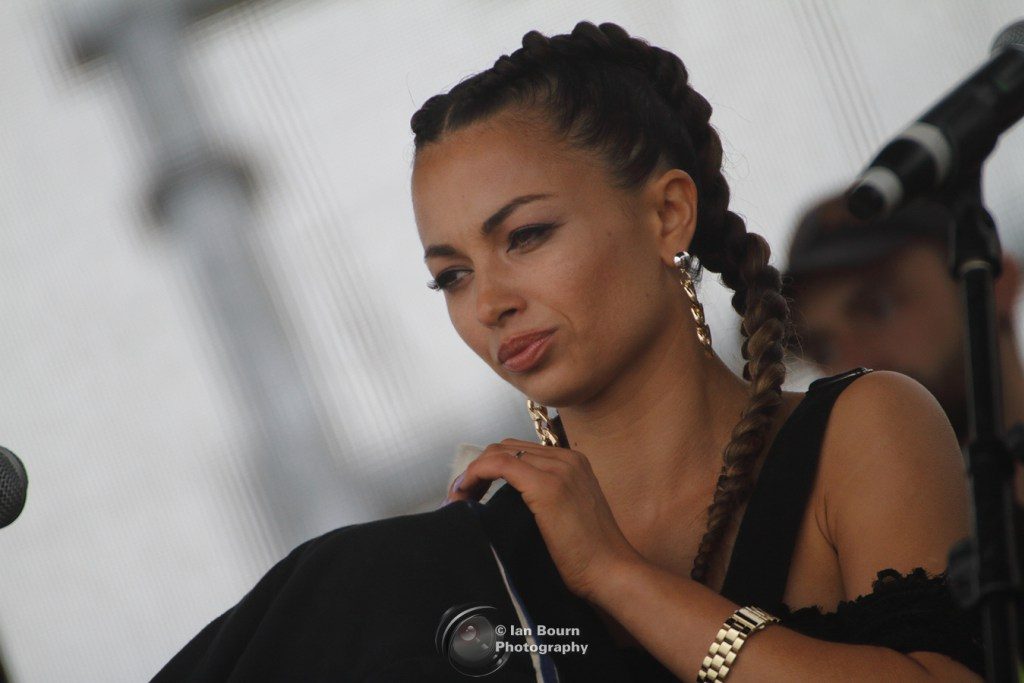 Just great! I loved Freak Power – back in the day. I used to play their stuff constantly during my years as a DJ in and around Brighton. I remember I was asked to stop playing “Tune In” so often – god I loved that tune – and still do! I remember meeting the original line up at some record company function. They did an impromptu appearance with Norman Cook grabbing some of my vinyl and giving a mixing display.

Today was different – the launch of the Brighton Big Screen. All week the weather had been warm and sunny. However the opening Saturday was cold, windy and very wet. It was throwing it down. Ashley and the band took to the stage. Ashley wearing a pair of sunnies – soon to be removed as I guess it was so dark and the lenses probably misted up!

I have been lucky to meet Ashley and Scarlett Quinn (backing vocals) a couple of times and they are both just a pleasure to talk to. I was standing next to Scarlett in the tent next to the stage, we had a quick chat whilst she was looking after her social media and I think I may have saved her eyesight as someone barged through with an umbrella! Close call! You might recognise Scarlett from a series of X Factor and her collaboration with Ashley – Kitten and The Hip ( check them out – some excellent material from them!). It was a fun set, the crowd dressed in plastic raincoats and ponchos danced in the rain. We enjoyed every second. Older songs from the Freak Power back catalogue went down really well and I think for a short while we all forgot how horrible the weather was. Ashley is a great front man, he cajoled the crowd to move closer and warmed us up. I had my camera down at the front, a young lady in the crowd proceeded to bump and grind into me – trying to put me off I think, Scarlett spotted the antics – we both looked at each other and burst out laughing. Great fun. “Anyone here on drugs?” Ashley called out into the rain drenched crowd “yay” came the reply and we were off into the next song, Ashley grabbing the well recognised and well used orange trombone to deliver another fine slice of Freak Power goodness! “Turn On, Tune In, Cop Out” – was a fresh to hear now as it was when it was released, a great live version.

A great hour long set from Freak Power. A fine band of musicians and singers who worked hard to entertain us on a wet Saturday. I really enjoyed being able to see some of those 90’s songs brought to life – live! Thank you Freak Power – just don’t leave it so long till the next time we can see you guys. UPDATE: keep an eye out for more live dates!

Please note all words/images are copyright, please do not copy. All original pictures – copyright to IANB/MEDIA WORKS/ SCENE SUSSEX – Ian “The Lens” Bourn 2017.