A band from Brighton – The RPMs

Just a few words after seeing this bright, fresh band called The RPMs from Brighton. Their influences are wide and range from Motown, The La’s, Tom Petty And The Heart Breakers, The Who, and David Bowie.

I caught these guys who were playing at Zooberon with Dirt Royal at The Railway Inn, in Portslade. Zooberon is as far as I can gather is an event session created by Mark Stack Music Events.

The venue is really good and a great job has been done in creating this intimate venue from the previous pub. Good food, intimate lighting and a relaxed atmosphere. Through the back is where the action happens. It was a quiet night as the gig was competing with the end of Brighton Festival and the hottest night of the year AND the showing of Star Wars on the big screen on the seafront. My first impressions of The RPMs was one of disbelief – how come I had not heard of them before? The band play tight, play great songs and have great stage presence.

We’re so thankful that British guitar music is again seeing gritty teens and early-20s create simple, feel-good anthems that sound superb on record but beg to be heard in a sweaty venue. – Record Of The Day

We were given a 30 minute set from The RPMs – and it just flew by. Miguel provided some serious bass riffs and showed some real style and seemed to be enjoying the set, bouncing around and climbing on the furniture. Callum, sitting quietly at the back in the corner of the stage provided a brilliant support to the bass. His quiet and cool style of playing is just great. He nails the support and fills brilliantly. A great drummer. Then there is Jack. Jack providing the main vocal duties and guitar work. A great guitar player, dressed and looking sharp and I didn’t hear a note out of place. He led the band and the crowd through the set. He filled the room with his brilliant guitar playing, his lively presence and wicked style of banter with the band and the audience. His vocal work, like his playing, was pin sharp. You could hear every word.

A few of the songs we were treated to included “Can You Tell Me Why”, “I’ve Met A Girl” and the sublime “I don’t Like it”.

Watch a single cam recording of The RPM’s doing “I Don’t Like It” – and hopefully you will see what I mean. Go see them live.

Make no mistake, after seeing them once I will do everything I can to see them live again!

It was great to meet up and have a chat with Callum and Miguel, both very hot and sweat running down their faces but smiling from ear to ear.

I think this trio are set to climb. They play fast, loud and as a unit they play damn well together and some of the catchiest songs and new material out there! Great gig RPMs.

Just watched The RPMs headline at Glastonbury, on the BBC Introducing Stage – a fantastic show – they finished the set with I Dont Like It – sadly the protest banners were left behind in Brighton! A great 30 minutes from them. They will hopefully have got themselves some more fans from that show!

A few shots from Glastonbury: 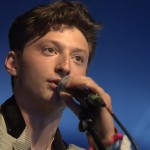 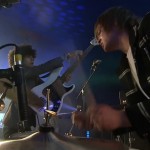 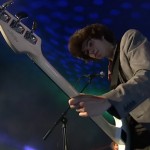 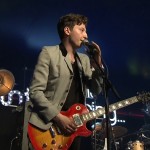 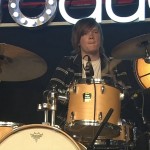 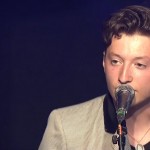